Christina Custode’s “Light Of Day” is a tremendously powerful single that needs little more than Christina’s vocals and piano to tell a story that resounds through the ages. There are nods to Sarah McLachlan, Ani DiFranco and Natalie Cole here. The simplicity of Light Of Day makes it a must listen, as every note is carefully crafted to have the greatest impact. The piano would seem to be an equally good fit no matter whether one is in a smoky piano bar in the 1970s, a coffee shop in the 1990s, or in a close-knit venue today. Truly a beautiful effort from Christina Custode.

Toronto’s Christina Custode just released her latest single “Light of Day” and I’m really thrilled to share it with you.

Granted, it’s not going to make you cry or want to go off on someone like most of the tracks we post on the Left Bank, but how about a little versatility huh?

Her voice is so perfect, I feel like she was in my church choir (she wasn’t). She’s got this eclectic, soul-jarring and truthful sound, and lyrics that make you stop and reminisce.

In “Light of Day”, Custode tells the story of an evening that changed the relationship between two people forever. The song documents the events of that night, which lead to a lifetime friendship being pushed apart.

It is a true to life depiction and candidly tells the details of that evening. To that I say, keep your friends close and your lovers closer. Or however the saying goes.

Christina Custode is a singer/songwriter based out of Niagara Falls, NY. She has recently released a new single called, “Light of Day”

In the song, “Light of Day” Custode says about the song that it tells the story of an evening that changed the relationship between two people forever. The song documents the events of that night, which lead to a lifetime friendship being pushed apart. It is a true to life depiction and candidly tells the details of that evening.

If you’re into singer/songwriters, artists like Norah Jones, Tobias Jesso Jr, Sarah McLaughlin and Sara Bareilles, you should really enjoy this kind of music because it definitely falls in the same vein of those artists. It’s soulful and real and that’s the vibe you get when you listen to this track.

I’m switching it up again this week, flock. I’m reviewing a local-turned national hit from today. I was lucky enough to win Christina Custode‘s new single “High Water”, and it does not disappoint. If you’ve read any of my review before, you know how picky I am about vocalists. I’m specifically picky about how vocals are mixed: it’s my view that vocals should flow seamlessly with the music. Both Custode’s voice and mixing is completely on point. The soft, 90s era easiness to this song makes it ridiculously addicting. It is the song that plays in your pickup truck traveling down a road in the farmland. It’s calming, uplifting and just plain incredible. There’s been a serious lack of light music lately on the scene. The negative key has swallowed music into a melancholic abyss. Christina Custode pulls us out of this abyss. The chorus, “Come hell or high water, we’re gonna make it out of here,” might be the perfect motto to push me through my life right now. That’s not some blown out extrapolation: I literally live by doing things “come hell or high water”. This might be the most uplifting song of this decade, and it came out of someone in my backyard. I have an airplane playlist: a set explicitly made to keep me calm (an prevent my ridiculous motion sickness from acting up) when I’m flying. It’s a blend of oddities like Katie Melua and Diego Torres. I can assure you I’m adding “High Water” to that playlist. I actually found myself singing this far after I listened to it for the review. That rarely happens. Somebody needs to give Christina Custode a Grammy.

“Christina Custode is effortlessly fighting her way into the singer songwriter world Her voice is angelic, sultry, and full of passion.  Her piano driven music is beautiful,
full of images, and will separate her from the rest…” INDIE Music Review 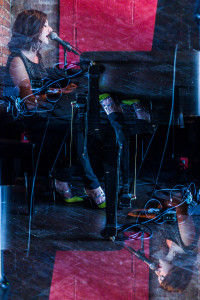 rk was being submitted, when the list of possible nominees came back, and she saw her name on a list with the biggest and the brightest of today’s music industry stars, things started to become surreal. “Nothing was a surprise but you never know if you’re going to get on that list,” she said. “We knew it was something we were interested in doing. I was obviously honored they thought of me highly enough that they would consider me for something like this. It’s a huge honor.” Custode was born into a musical family, her father a still-active musician in the Niagara area. At age 6 she asked for, and received a toy piano, which quickly became a favorite. At age 8 she was given a white Wurlitzer piano and started formal lessons. She played piano and sang in various ensembles at Niagara Wheatfield and with the help of her private instructor, Custode was accepted into the prestigious Eastman School of Music where she earned both her undergraduate and graduate degrees in piano performance and music education. It was there, under the tutelage of Vince Lenti, that Custode said her perception of songwriting began to change and develop. From there she took her talents to the youth of the Niagara Falls City School District where she now
works as a music teacher. “He really changed my whole stance on performance,” she said. “Because performance can be a scary thing, especially for us classical piano majors. He really influenced how I look at performing and how I look at writing. It’s really about the music, it’s not about me at all.”It was during her time there that Custode first tried her hand at songwriting. After being persuaded to share her work with the band she was playing with at the time, she realized that she might be on to something. Her first full-length album, “From Here” released in 2011, featured what has become her most popular single, “Fire.” The album was produced by industry legend Stuart Epps, who has worked with the likes of Led Zeppelin, George Harrison and Elton John, and remastered by Kevin Stratton, himself a Grammy-winning producer. Custode has “Fire” to thank for one of the categories for which is up for Grammy nomination, “Song of the Year.” Other categories include “Best New Artist”, “Best Pop Solo Performance”, “Record of the Year” and “Best Arrangement Vocal and Piano.” Of the entire list of potential nominees, only five will be selected. Custode says she will find out if she made the cut in the coming months.“It is unreal, especially when you think about how they’re only going to pick five people from this list,” she said. “The thing with music is, of course there’s different degrees of performance achievement and recording achievement. It’s really tough to put all these songs in a pile and pick the best one. I wouldn’t want to be on that voting academy, that’s an astronomical job and responsibility.”While she said she’s always working on new music, Custode says she’s focusing her attention on touring in the coming year and has no imminent plans for another album. After many, many years as a regular performer on the Western New York scene, she’s looking to broaden her horizons, noting that the only way to move beyond just being a local musician is to play outside of her hometown. Her last local gig of 2015 will be at 9 p.m. Nov. 18 at Buffalo Iron Works. For more information on Custode, her music and her Grammy adventure, visit christinacustode.com.” Mia Summerson, Niagara Gazette Night and Day 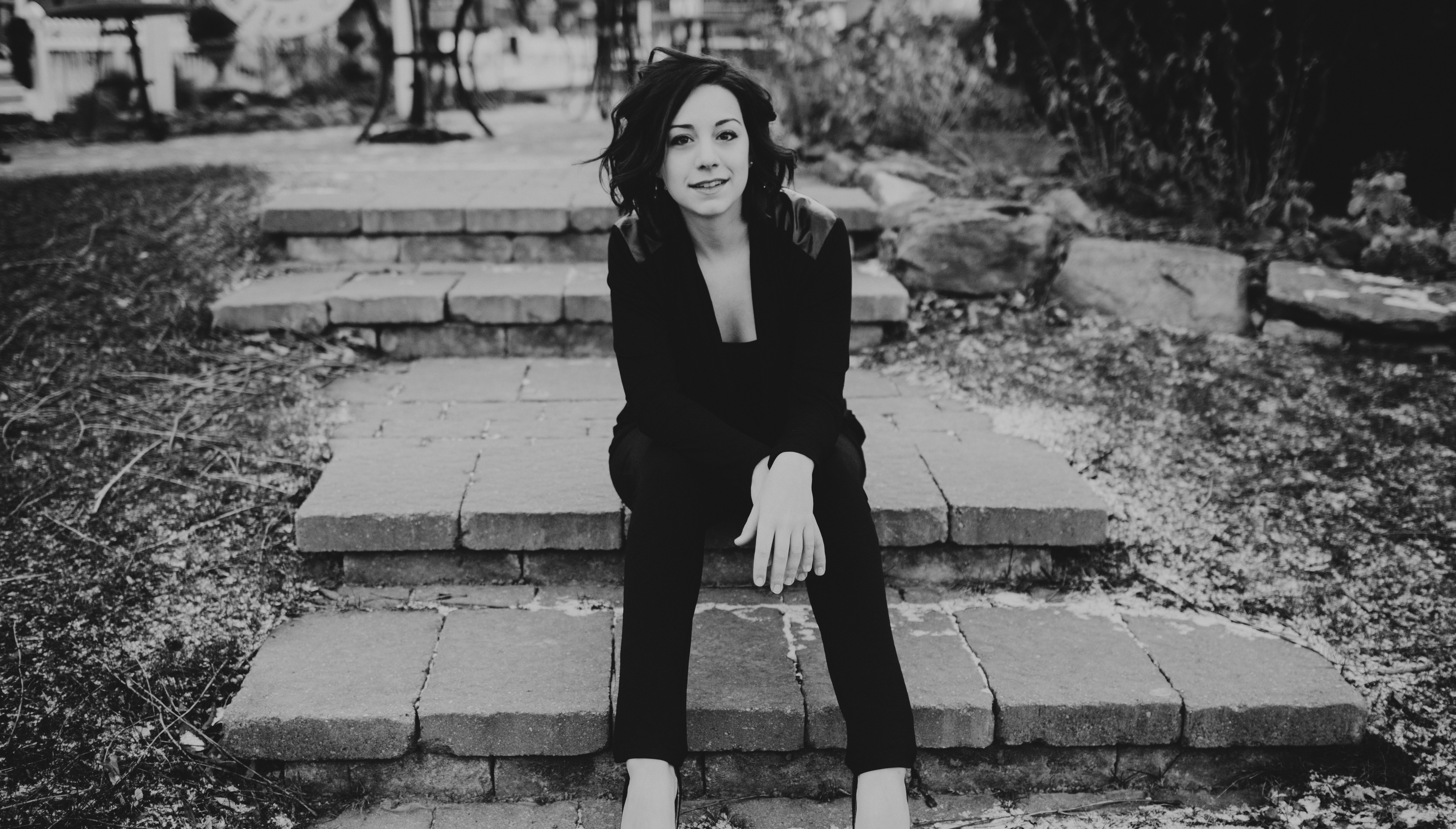 “Christina Custode has been in love with playing and producing music since she was a little girl growing up in Western New York. Her insatiable love for performing and creating music has finally put her in the national spotlight. Her hit Fire may be nominated for a Grammy in 5 Categories! The press release says: Local Singer-Songwriter Christina Custode (Best Female Vocalist, Artvoice “Best of Buffalo” 2015, 2013, 2011, 2010) is up for nomination in five categories to receive a Grammy Award for her original song “Fire”! “Fire”, the personally inspired single released from the award winning singer-songwriter, was written and performed by Christina Custode, produced by the legendary Stuart Epps (Elton John, George Harrison, Led Zeppelin, Kiki Dee) of London, England, and re-mastered by Kevin Stratton (Grammy Award Winning producer for such artists as Chicago, Toto, Stevie Wonder, Thomas Dolby, and Van Halen). According to the artist, “Simply being up for nomination to receive a Grammy Award is a dream come true! The 58th Annual Grammy Awards will air on CBS February 15th, 2016! Fingers crossed that our very own Buffalo New York singer-songwriter Christina Custode will be on stage accepting an award!”  Mark Richards, Mix 96.1 Buffalo 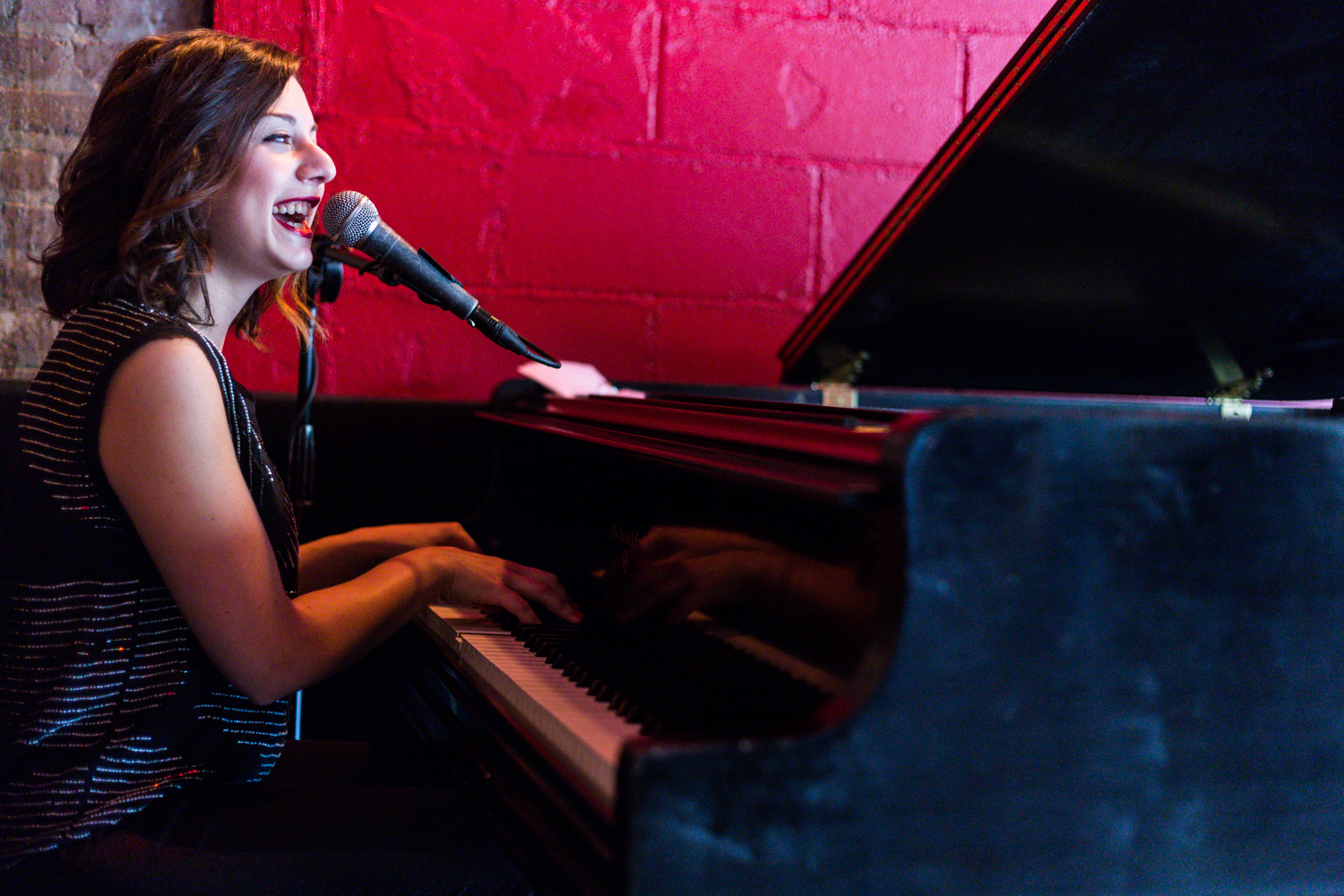 “A singer-songwriter from Niagara Falls, a four-time Artvoice Female Vocalist of the Year, is up for nomination for a prestigious Grammy Award in five categories including Best New Artist for her original song “Fire.”“I’m thrilled beyond belief and greatly honored,” said Christina Custode about receiving word that she has made it through the lengthy process that has narrowed the possible nominations from literally thousands of entries. Christina, the daughter of Lew and Maria Custode, is a classically trained pianist, vocalist, composer/arranger and graduate of the Eastman School of Music in Rochester.“Fire,” which is up for possible Grammy nomination in a total of five categories including Best New Artist, Song of the Year, Best Pop Solo Performance, Record of the Year, and Best Arrangement, Instrumental &Vocals, was written and performed by the young Niagara Falls artist and produced by the legendary Stuart Epps (Elton John, George Harrison, Led Zepplin, Kiki Dee) of London and re-mastered by Kevin Stratton, a Grammy Award winning producer for such artists as Chicago, Stevie Wonder, and Van Halen.“Simply being up for nomination to receive a Grammy Award is a dream come true,” said Christina, and naturally winning a Grammy at the 58th Annual Recording Academy’s Award Ceremony .on Feb. 15, 2016 (CBS) would be the fulfillment of a lifetime for the talented young performer. Christina says of her song “Fire” that it was born in the spirit of determination during a particularly difficult period in her life.“It is meant to be an anthem of perseverance,” she writes on her website (www.ChristinaCustode.com).  “A song to sing, share and believe in.  My hope is that it will inspire listeners to never give up the same way that it has inspired me time and time again.  Victor said it best:  ‘Perseverance, secret of all triumphs.’—Victor Hugo.”  Tony Farina, Niagara Falls Reporter